Chelsee + Tucker got engaged last year while hiking an epic overview trail in Zion National Park. Chelsee soon found us at Adventure and Vow and the idea of their adventure elopement started to blossom. They love the red rocks and wanted to keep with the theme of their story leading up to their marriage and get married among them. They climb often together and it has become a huge part of their relationship. So, for their wedding they decided they wanted to experience one day of adventure climbing together on the red rocks and another day with their closest family and friends celebrating with them in this beautiful place.

Naturally, the week of the wedding they drove their 4Runner across several states with their dog Hobbes along to their wedding destination. These two, the car + their dog, have always been a part of their most memorable events.

They selected a climbing route that fit a few important criteria’s for them: epic views, a sport route and an authentic experience ( 7 pitches of climbing). It was the perfect route for getting to spend the day together on an awesome adventure, just them two and nature.

We started the day in the morning hours meeting at the trailhead with our coffees in hand to organize ropes and gear, setting out onto the trail. As we hiked along the quiet trail leading to the base of the climb, the excitement continued to grow as we got closer to the climb. Like most Sedona climbing, it wouldn’t have been complete without at least a little bit of bushwacking through a dry wash to be deposited at the base of pitch 1.

Chelsee + Tucker took turns leading up the route, alternating pitches so they both go to experience all aspects of the climb. Between the slab, pulling a roof, varied face climbing, and the occasional crack for a bomber jam, this route really offered tons of opportunity to play around with the sandstone that covers the area. Before heading up the seventh and final pitch, we took a break to snack and talk all about life, plans, and about more climbing.

Once they made it to the top of the final pitch, they hugged and stood together taking it all in. The view, The fact that they just conquered the route together and the excitement of it all. The entire route they climbed had epic views, but the top out didn’t fail to deliver a totally different stunning vista viewpoint. So before rapping and hiking back to the car, we scooted around to the other side of the formation to see more of the land below us. Another super cool part was that they could see feature where they would be in a couple of days to share their private vows during sunrise with each other!

As the wind whipped around us it was time to get down the rock to some warmer elevation. This would be Chelsee + Tucker’s longest rappel together so far! We love seeing couples do new things together and push their boundaries (but within their limits) during their elopements because they have to work together, just like in marriage. At the bottom of the rap they shared a kiss and quickly got over to their bags to grab their jackets! We started the hike down the big red sandstone mountain back to the start of the climb, admiring the stars as they appeared and the moon rose over the edge. The night before, their first night in town, there was a blood moon eclipse, the only one for the next several years. As they hiked out they shared with us more about their story of meeting during college, their guests they had invited that were waiting for them back at their airbnb and many of their adventures/travels together.

While day one for Chelsee + Tucker ended under the stars, day two started under them. We met up funny enough at the same trailhead as we left a couple of nights before. This time though, we were hiking to a different nook deep in the red rocks. It was fun to catch up on how their last two days had been celebrating with friends and family in town – mountain biking, going to the winery and more.

We got to the top of of the red rock cliff high above the trail just in time for the first light of the day, making the red rocks look like a painting surrounding us. They each got dressed separately so they could share a first look together privately on a rock they scrambled up, even in their wedding clothes 🙂

After the first look they walked hand in hand and helped each other over the edge onto a bigger rock, they had all to themselves. They each shared their private, hand written vows with each other and at the end the sun peaked up over the ridge line warming them with the first light of the day. It was a beautiful and intentional way to start off their wedding day together, just them two.

We hiked back down, seeing for the first time with our eyes everything we hiked through and up under the stars. We separated so they could rest, eat and start getting ready for the day with their family and friends. Tucker got ready with all the guys and had lunch together and of course spending some time with their dog Hobbes. Chelsee got ready with all of the girls at a different house as they got their hair and make up done. While her mom helped her get into her dress, she helped her mom with her hair! As the time finally came to head out for their ceremony Chelsee’s friends sang to her as she headed to the car “we are going to the trailhead and she’s going to get married!” It definitely added a little spark of excitement to the big moment finally here!

For the ceremony, all of the guests hiked down to the location with Bill and prepared for the space. I hiked down with the two of them, Tucker’s parents and Chelsee’s mom. It was a beautiful sentiment of two families that will soon be one coming to a space together. We arrived to the location where their friend officiating stood surrounded by all of their closest loved ones. Tucker walked hand in hand with his parents down the isle. Then Chelsee walked with her mom down the aisle with Tucker’s eyes fixed on her. Since they had a friend officiate the ceremony was filled with tokens of how they met, their adventures and personalities. It was so sweet to look around them at the love surrounding them, some guests with tears and others with big smiles. After the ceremony they celebrated with hugs from everyone and getting portraits with all of their guests. We sent their guests on their way to the reception space as Chelsee and Tucker stayed behind for portraits on their own, popping some champagne and watching the sunset together over the red rocks.

Once we were back on the road we headed to the Amara Resort for their intimate, indoor reception with their guests. They had decorated earlier in the day setting up images on the wall from their relationship up to this day, a crossword puzzle for guests to figure out with questions about them, a slide show on the big screen and flowers on the table. They had craft cocktails + were planning to enjoy a lovely dinner with everyone who had made this journey with them! They showed off their rings, hung out with guests, enjoyed the drinks and signed the marriage license with each of their mother’s as witnesses to make it official! It was a perfect ending to the days events!

Before we left them, we had to share with them more sneak peaks from their elopement day so they could throw them up on the big screen for their guests to see what all their adventure had been about. It was such a sweet moment hearing all the oos and awes and getting to share what their whole wedding day was like with everyone still with them celebrating! We said our tearful goodbyes (yes, tears were shed telling these two goodbye!) and hopeful see-ya later’s since they will be calling their elopement location their home state soon!

Chelsee + Tucker’s elopement was filled with so much of their favorite things – Hobbes, climbing together, red rock views, family, friends and adventure. It was a beautiful week, not just the two days we spent with them, planning with intention. I can not imagine a better way for them to have said I do.

“I don’t know that Tucker and I can adequately put into words how wonderful, fun, and excellent Traci and Bill are at what they do or recommend them more!! Their overall professionalism and welcoming and genuine personalities, their attention to detail and meticulous planning, the sheer amount of effort they put in behind the scenes to make everything flow perfectly on the day of, the extent they are willing to go to make your dreams come true (not even being over dramatic here, seriously I mean it) on every level, their communication skills and timely responses to any and all questions, not to mention their actual talent level and ability to naturally take perfect photos throughout your entire session while making it feel so effortless and like you’re just outside having fun with a couple close friends, they nailed it all so perfectly. Traci asked us for some constructive feedback so she could improve future experiences because that’s just how hard they work at their craft, and we’ve thought really hard about this and honestly couldn’t come up with one single critique. Not even down to the tiniest of details. They were the definition of under promise and over deliver on all levels, and what they promised already set the bar pretty high. We feel like our overall experience and photos belong in a National Geographic.

We wanted to have the best of both worlds with an adventure climbing day while also having private vows and a small ceremony with 30 of our closet family and friends and they made that happen! We never felt like we were doing a photo shoot, or had a camera in front of us – we felt completely comfortable as if we were around friends the whole time!

They went out of their way to scout and really LEARN a new climb they had never done before when we said that’s what we wanted to do! And then when bad weather rolled in on our scheduled day, they moved it earlier for us! During the whole process they made everything seamless and truly enjoyable! We never worried about a thing! Not only were they amazing to work with, but were so friendly! After spending 2 days with them, we cried having to say goodbye!

For the wedding day, when the originally planned location for the ceremony was more full than normal with other wedding parties, Traci didn’t hesitate for a moment to switch up the plans a bit and knew exactly where to move us to which was still very close but even more secluded! THEN, at our reception they surprised us with sneak peeks from our private vows that morning and pictures from the ceremony just 2 hours before that we were able to show everyone with a slideshow! When I say everyone was in awe I mean it, there were literal gasps!”

Book us for your Adventure Elopement!
Learn More about Rock Climbing Weddings 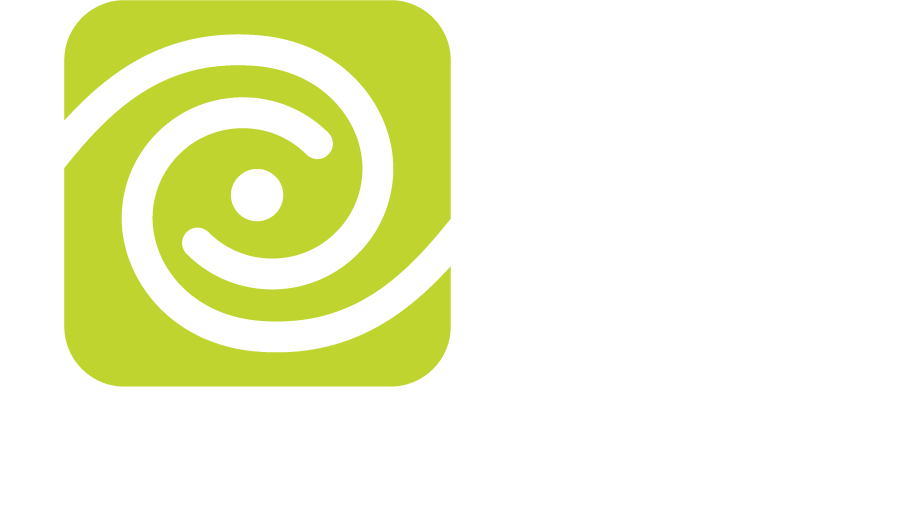 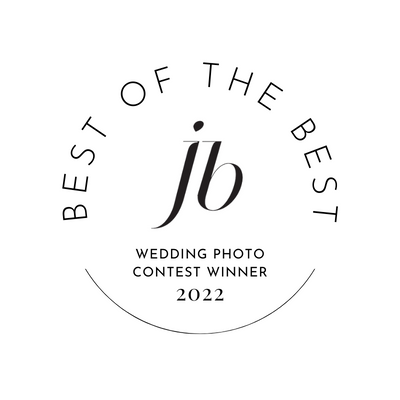 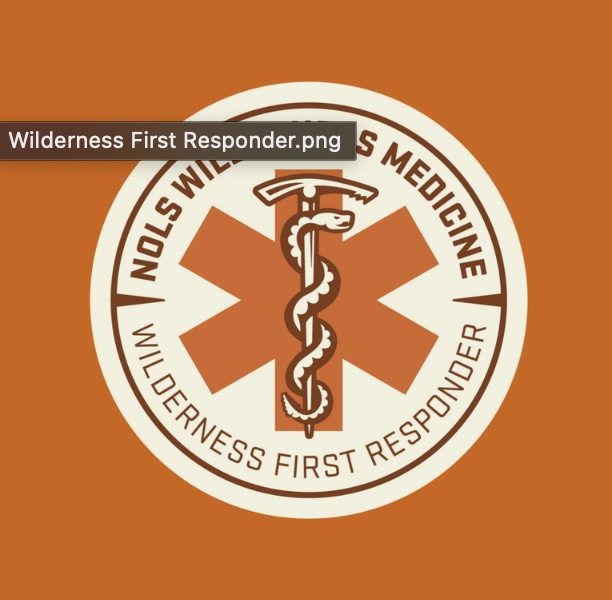